I assigned myself a task several weeks ago, to be able to use the 3G Jet-Opaque transfer paper to print the image and also the Text to a T-shirt at the same time  I had seen the Stahl’s Video on the Roland BN-20 Printer Cutter and wanted to replicate the transfer process so the letters would be aligned with the graphic.

Why so I could make fancy letters with color variations. and also It would be a challenge. My first attempt was to use some used fashion film carrier, it was very tacky and did not work well.  I reasoned that if I had a low tack product it might work.  So I ordered some  Magic Mask® – Low Tack  and started to experiment, Here are my results, I used Martin Butler’s “T-Shirt Printing With Dark Transfer Papers Not Sublimation or Silk Screen” YouTube video as a starting point.

I then went into Photoshop and created a candy cane stripe background, and on a separate layer printed “”Let it Snow!” in a bold print  I used the quick selection tool to select the letters, and went to the original candy stripe layer and copied the contents of the selection, to give myself candy cane letters. I used a drop shadow to help them stand out from the background.

I copied the phrase onto the bottom of the layer containing the free Snowman clip art and then created a new layer behind the snowman layer and painted a 1/4 inch border of the shirt color. To obtain the color of the pink t-shirt I took a photo of the shirt on my iPhone and then brought it up in Photoshop and used the ink dropper to capture the shade of pink I needed.

When Complete I saved the file as a png and brought it into Silhouette Designer and created a cut line just outside of the graphic and lettering. The pink outline blended into the shirt.

This is what it looked like in the design program. The next step is printing the graphic and then placing the printed copy on the cutting mat.  The Matt is loaded into the Cameo and the cut file sent to the cutter. 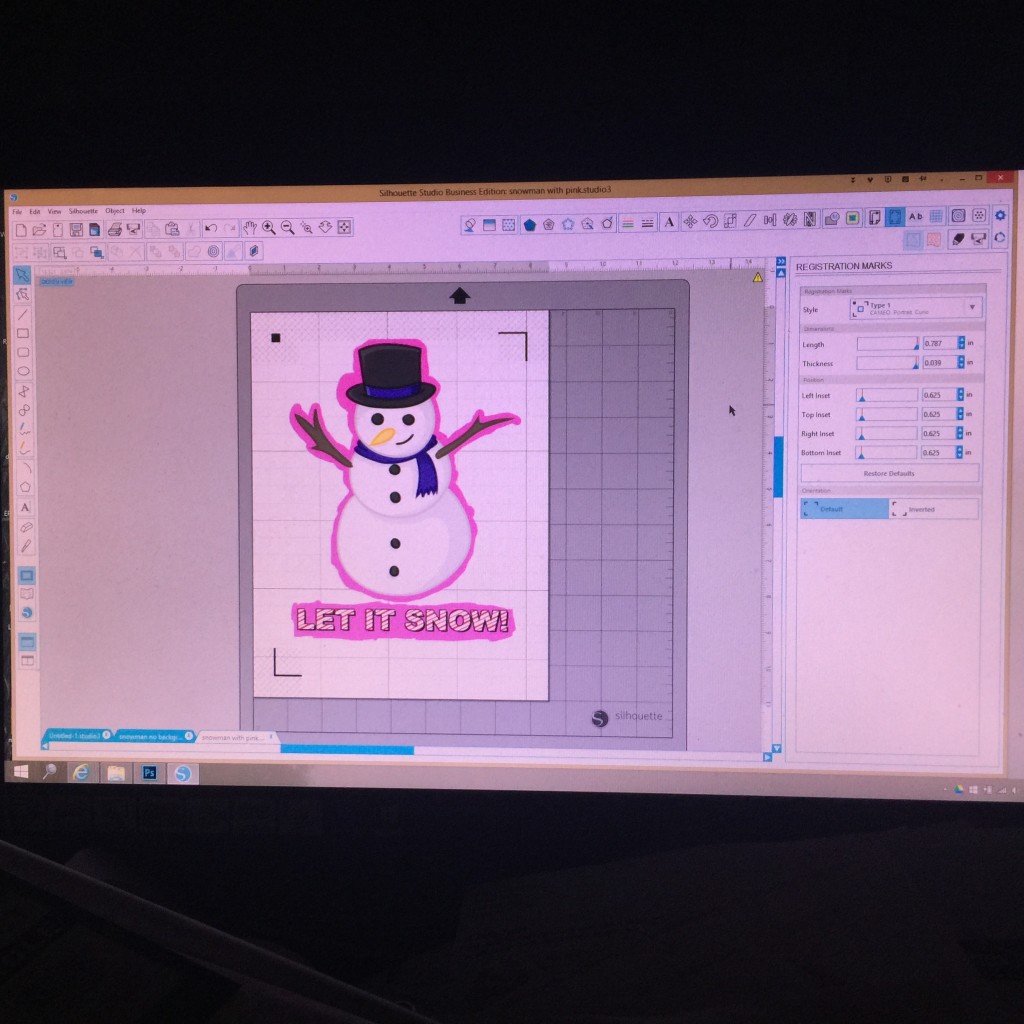 This is the Silhouette Cameo in action

Ince the Cut was finished the thin white vinyl substraight was weeded from the Paper backing. 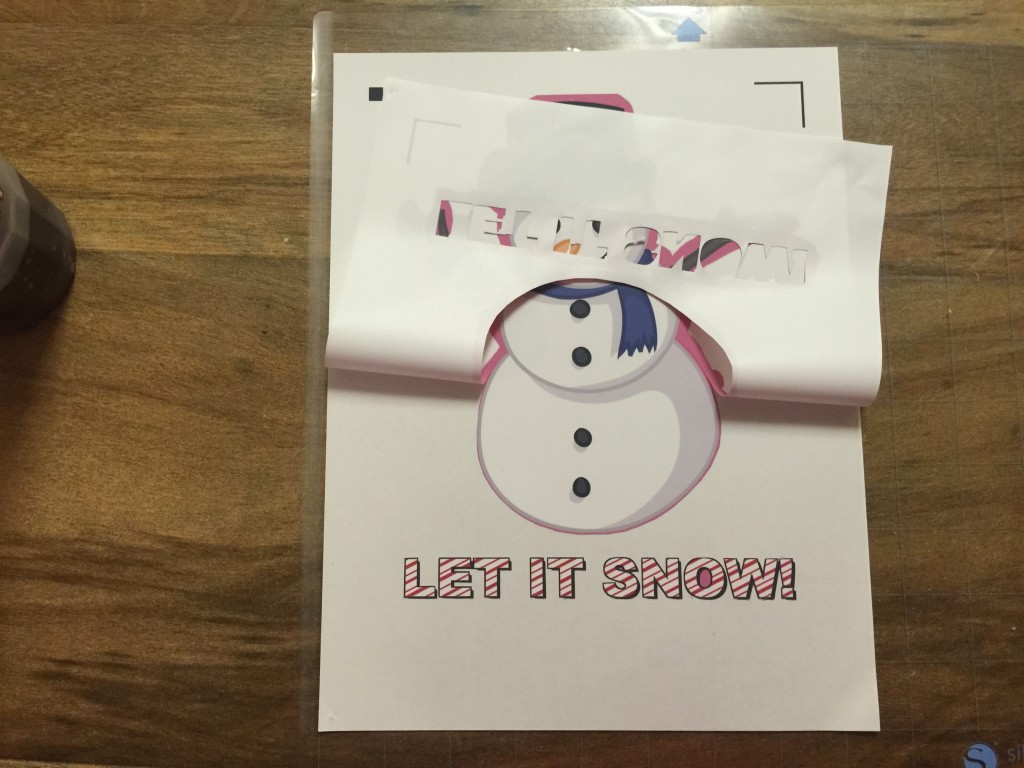 After weeding the center of the letter O, I cut some of the Magic Mask® – Low Tack transfer sheet, and used a squeegee to adhere the design to the transfer medium.  Seen below with the original backing replaced to keep the transfer dust free. 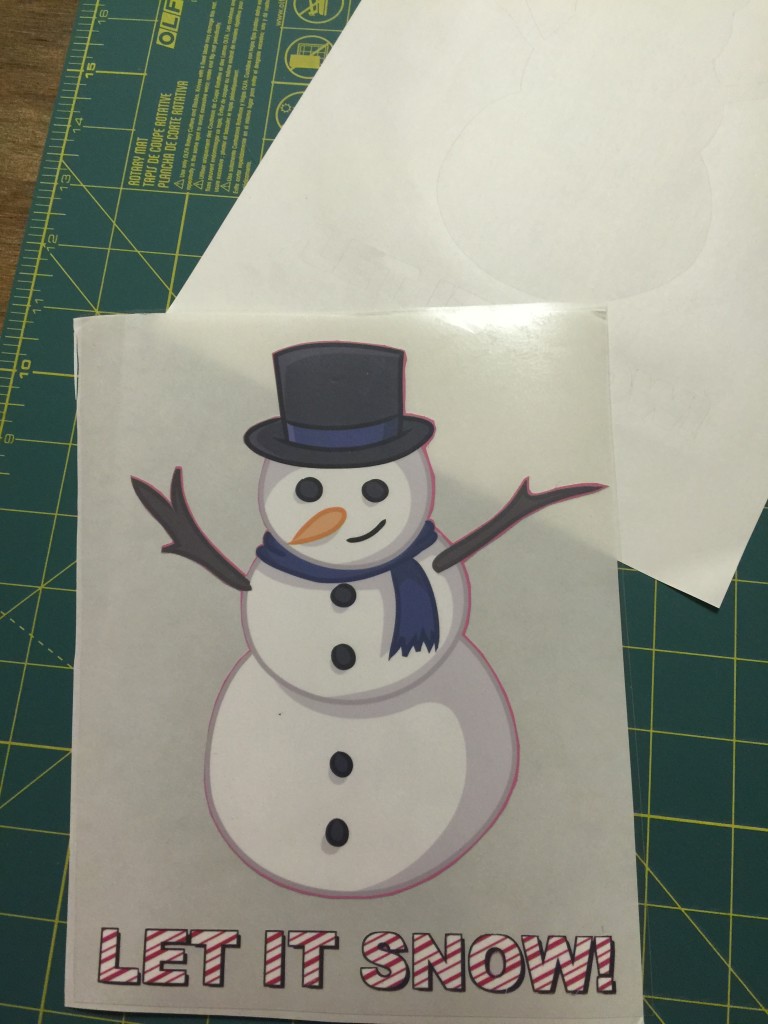 The T-shirt was pre pressed to dry the moisture from it and then the transfer medium with the design and the lettering was placed on the shirt and the tacky surface held the design in place, (below) 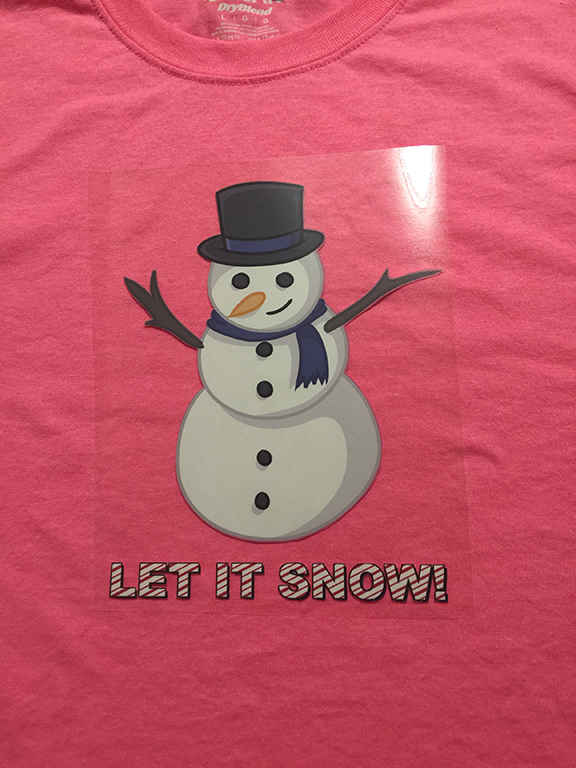 After pressing the design and shirt on medium pressure, 350 deg F, and 30 seconds, the shirt and carrier are removed to cool, the carrier is then removed and the shrt looks like this. 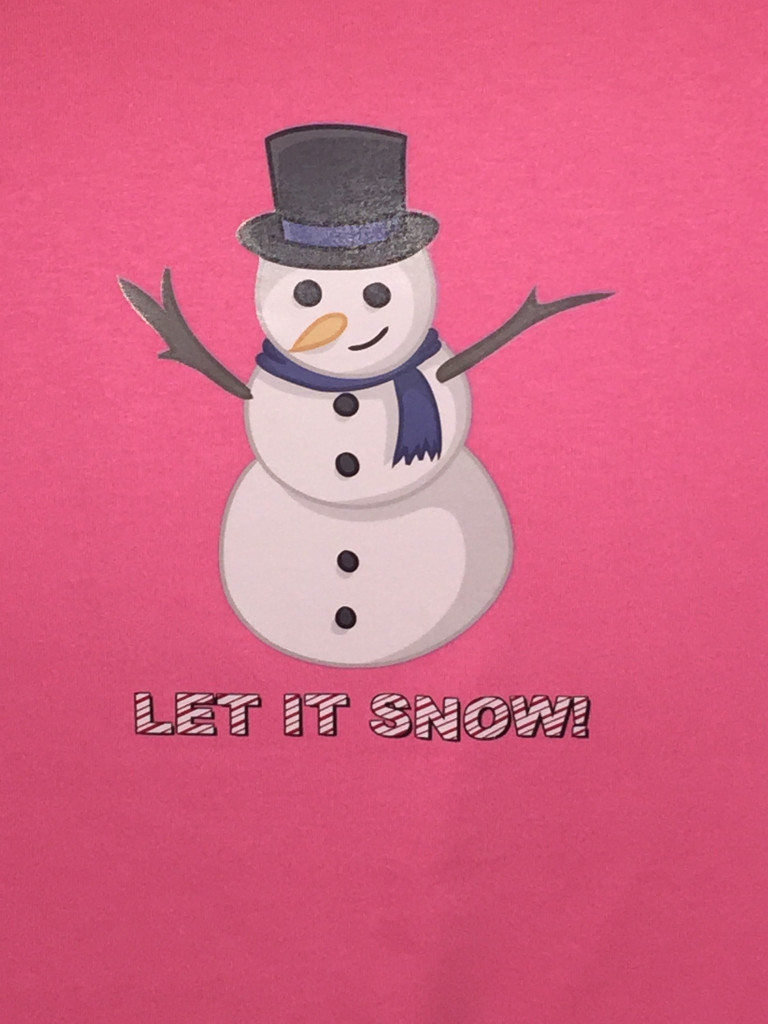 Below is a close up of the lettering on the shirt. 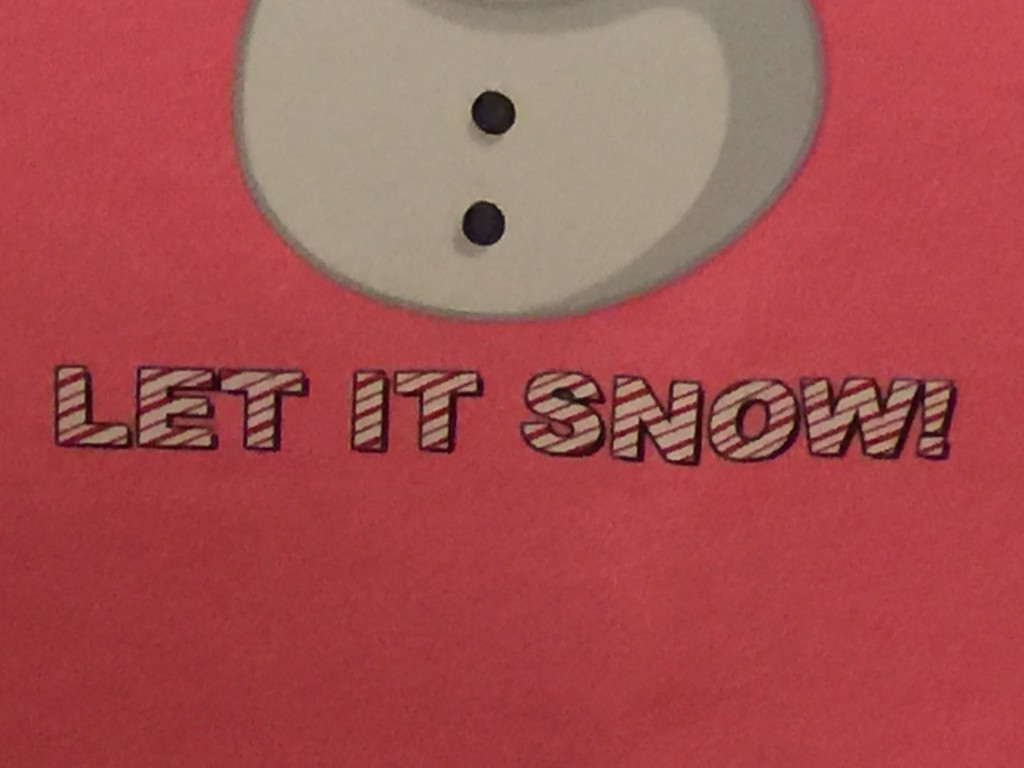 Products mentioned in this Blog: